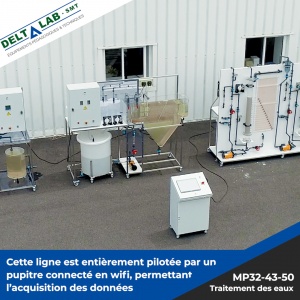 Deltalab-SMT offers a complete line for the treatment of wastewater and effluents before discharge into nature and for the purification of effluents or water taken from the environment.
The complete line is controlled by a console connected by wifi. The data can be downloaded with a simple USB key in Excel format.

Coagulation consists in eliminating the charges present on the colloids to form larger particles which can more easily sediment by flocculation. The elimination is carried out in the subsequent solid-liquid separation step: settling. Under the action of gravity, solid particles heavier than the liquid sediment. This process makes it possible to clarify high flow rates of solution.
This installation offers the possibility of varying the volume flow of the sludge and of using the levels of reagents obtained experimentally thanks to the jar-test.

The driver is composed of:

This unit connects to the MP50 coagulation-flocculation-settling unit.

This unit allows the study of filtration thanks to the piezometric tubes placed along the sand column (Study of Darcy's law, of the porosity of the sand bed, of the permeability as a function of the height of water, filter clogging, backwash efficiency). With sand filtration you can also implement the iron removal process by oxidation with bleach or the appropriate flocculant and dechlorinate and / or decolorize with the activated carbon filter by controlling the chlorine rate continuously at the outlet of column.   The drinking water can be finalized by a treatment with   UV.

The driver consists of:

Option 1: secondary settling tank. This option is recommended for the use of treated water in a drinking water supply chain.

Option 2: agitation system in the feed tank comprising: a circulator and a level probe. This option is recommended if the solution to be treated has a high level of suspended matter.

Option 3: sludge recycling. This option is recommended for a long process. 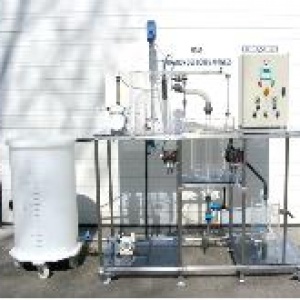 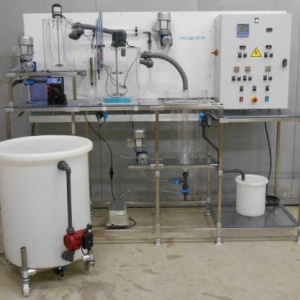 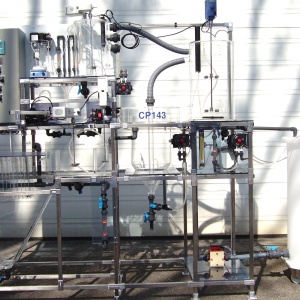 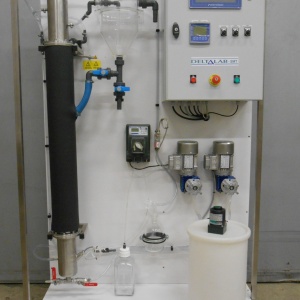 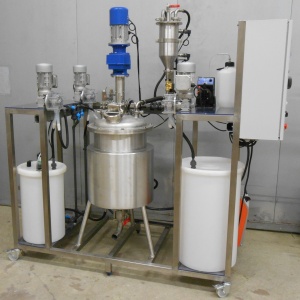 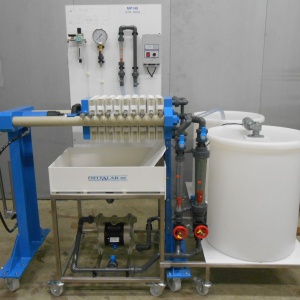 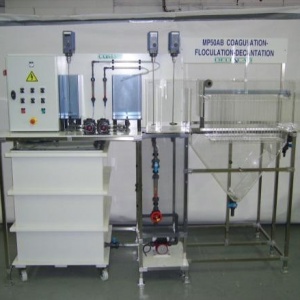 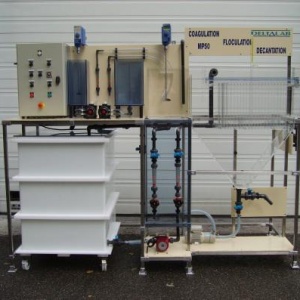 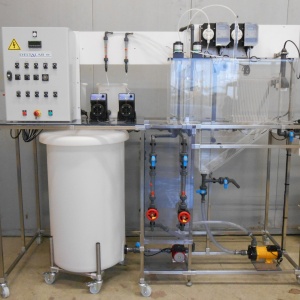 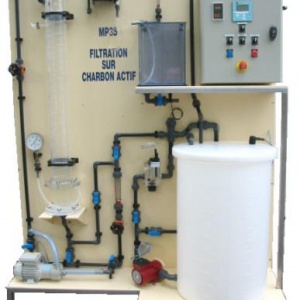 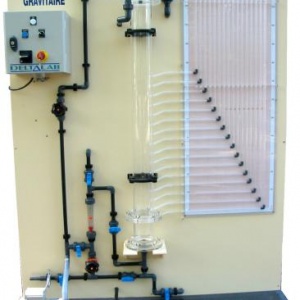 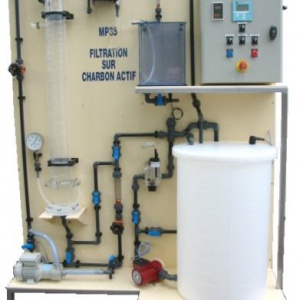 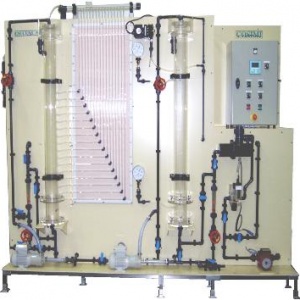 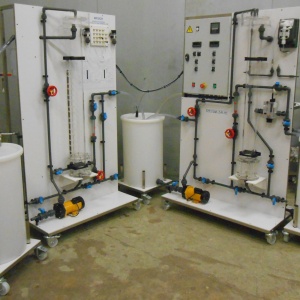 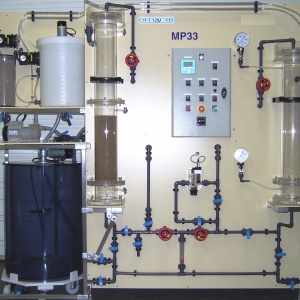 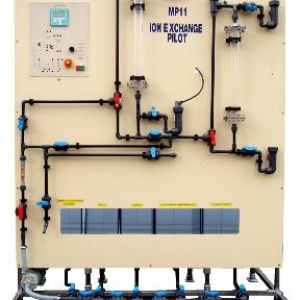 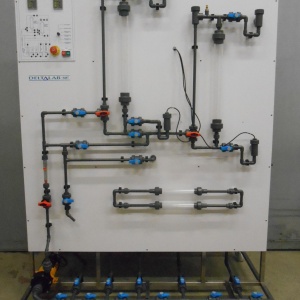 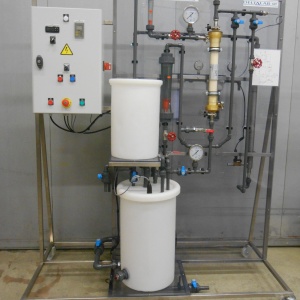 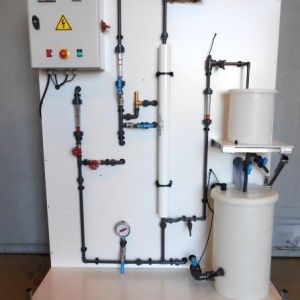 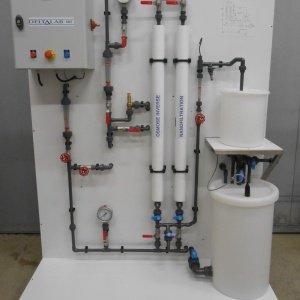 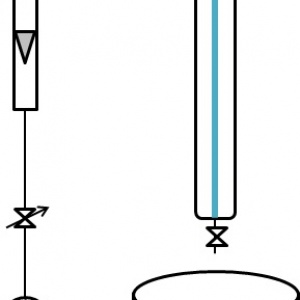 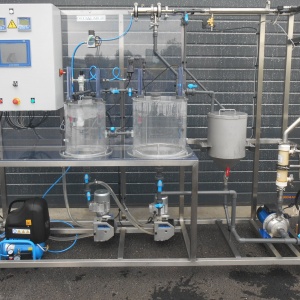 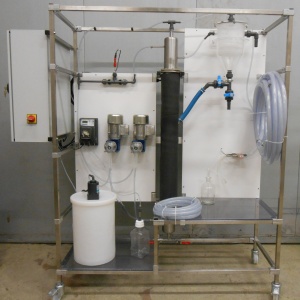 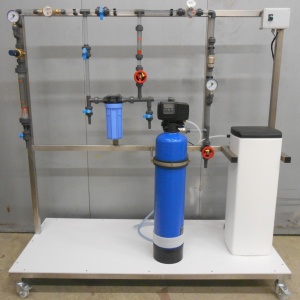 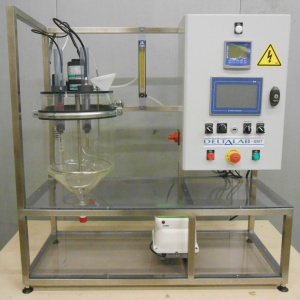 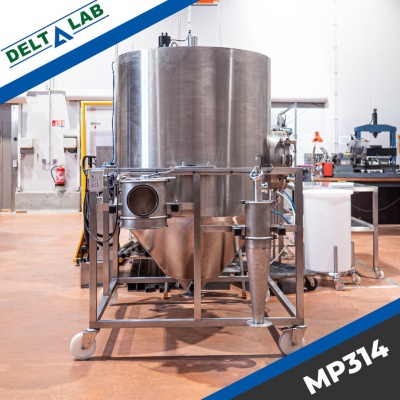 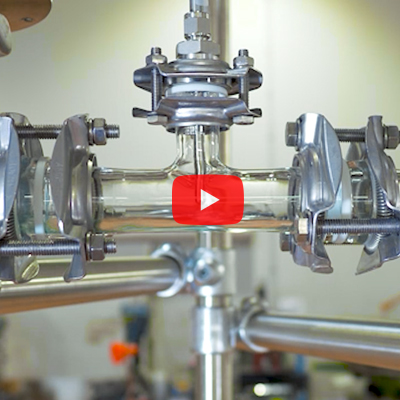